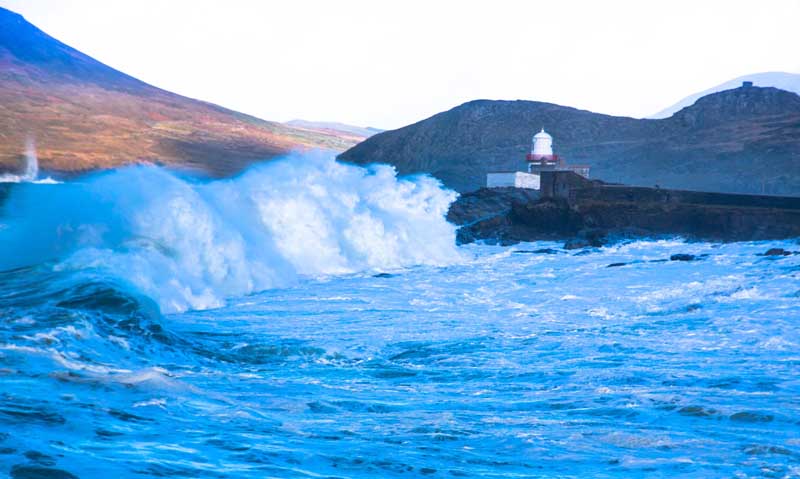 We had many Storms this winter in Ireland, many were given names but our favourite was the one used by the World’s surfing comunity of which I am one.

“Storm Hercules” brought 50 foot waves to the South West Coast in Ireland along the Kerry Coast, with Spring Tides and a 14m swell there was extencive damage and flooding. 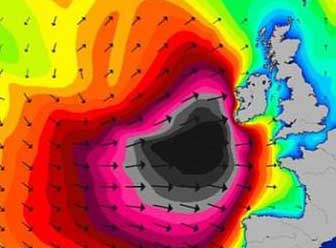 From George Karbus’s image of a village in County Clare being hit by huge waves from “Hercules” to Ollie O’Flaherty Surfing Mullaghmore Head  as the winds went crossshore further North. Portugal’s Nazare home of the Biggest wave ever surfed on the Planet by Carlos Brule a Brizillian Big Wave surfer also had huge waves the same day.

For us seeing the World’s Ocean’s angry is fantastic and it was a feast to witness in or our own waters.

Cromwell Point in Valentia Island by the Lighthouse which is also part of the Atlantic Way.