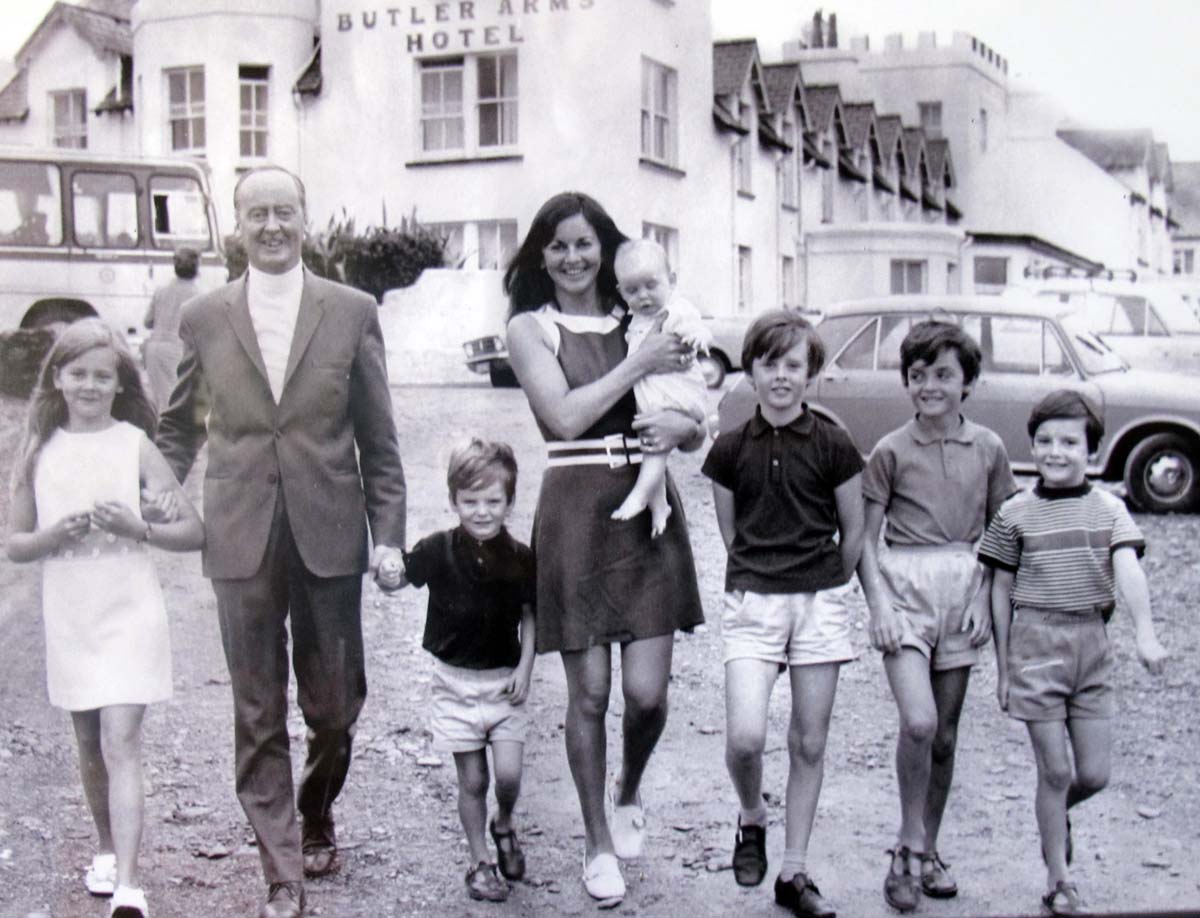 Over 100 years of Irish Hotels History!

There are still many Family Run Hotels in Ireland this is our story, Ashford Castle, Ballynahinch Castle, the Lake Hotel, Royal Valentia, Southern Hotel Caragh Lake, Butler Arms & Bayview hotels in Waterville were all once run by the Huggard family of Waterville County Kerry and was to become Ireland’s first hotel chain. (The image above is of Shivaun, Billy, Niall, Mary, Joe, Martin, Tony and Colman missing from the image Steven the youngest)

Today you can enjoy our existing family Run hotels in Killarney & Waterville still offering True Irish hospitality. The marvellous family tradition in the hotel trade is being maintained and further developed in County Kerry at the award-winning Lake Hotel in Killarney and the popular Butler Arms Hotel in Waterville which are now owned and run by third and fourth generations of Huggard’s.

The secret to success that has served the family so well down through the generations is the emphasis placed on quality, attention to detail, first-rate customer service, a warm welcome and a determination that all visitors to hotels run by the Huggard family become friends as well as guests.

The proud history of the family’s involvement in Ireland’s hospitality trade dates back 100 years when Martin Huggard, an enterprising farmer and fisherman, and his wife Mary Doyle, operated the 28-bedroom Bay View Hotel, overlooking the sea at Waterville, Co Kerry. They were blessed with seven children, Noel, Maud, Hilda, Billy, Cecily, Brendan and Patricia, many of whom went on to leave a hugely positive imprint on Irish tourism in general and on the hotel industry in particular.

Martin and Mary acquired the 60-bedroom Butler Arms Hotel in Waterville in 1917 and, as the years progressed, the Huggard hotel empire grew with the purchase of Caragh Lake Hotel near Killorglin, the Royal Hotel on Valentia Island, Ballynahinch Castle Hotel in Connemara and the landmark Ashford Castle, also in Connemara.

n 1940 the family purchased the flagship Lake Hotel, on the shores of the world famous Lakes of Killarney, which dates back to 1820 and boasts a spectacular, unrivalled location with all-encompassing views of Killarney’s world famous scenery. Hilda Huggard was actively involved in the daily running of the hotel from the day of purchase until her passing at the age of 84 in 2001.

The Lake Hotel, which has been carefully developed to become one of the finest establishments in the country, is now personally run by Tony, Colman, Niall and Joe Huggard, and it has enjoyed remarkable success, including the receipt of several national quality awards for cuisine, quality, service and hospitality.

Huggard History of their Family run Hotels in Ireland