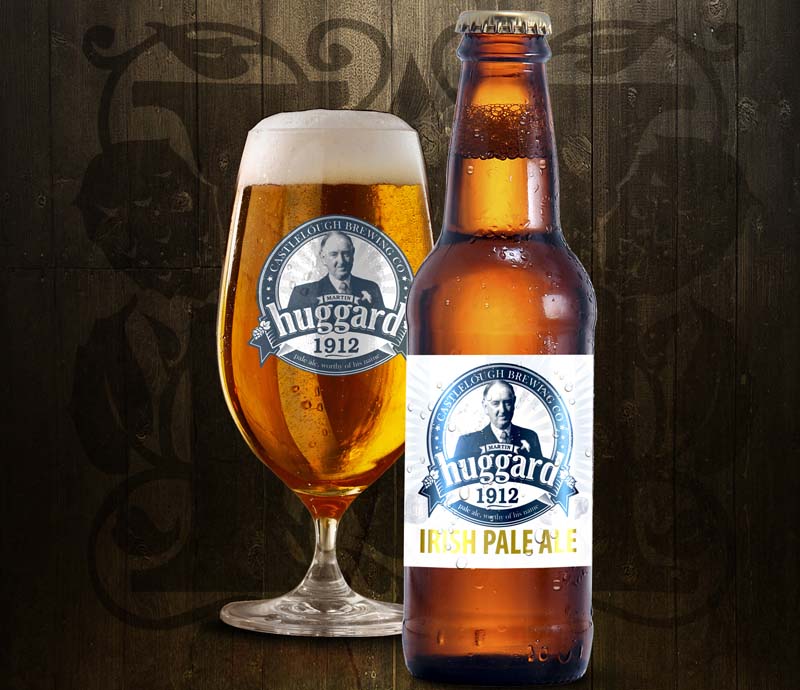 The Huggard family at the Lake Hotel are introducing Beers like the ones made by their Grandparents during both Wars in the last Century. The Flagship Beer will be called “Martin Huggard 1912”

Visit the Lakeside Bistro overlooking the Lakes of Killarney www.lakehotel.com

An Irish Pale Ale worthy of his name :

A few things about Martin Huggard :

Martin Huggard’s 1912 beer is bottle conditioned, few people will be offering such a traditional and artisan way of getting beer into a bottle, and as a result the taste is so much more tasty and natural.

1:   Select only the best ingredients

4:   Mix this fresh heated water with your specialist selection of malts and leave for an hour or so

6:   Boil with our secret selection of hops for another hour or so

7:   Drain off and cool the resulting crafted wort into a fermenter

8:   Add our strain of yeast and let the magic begin