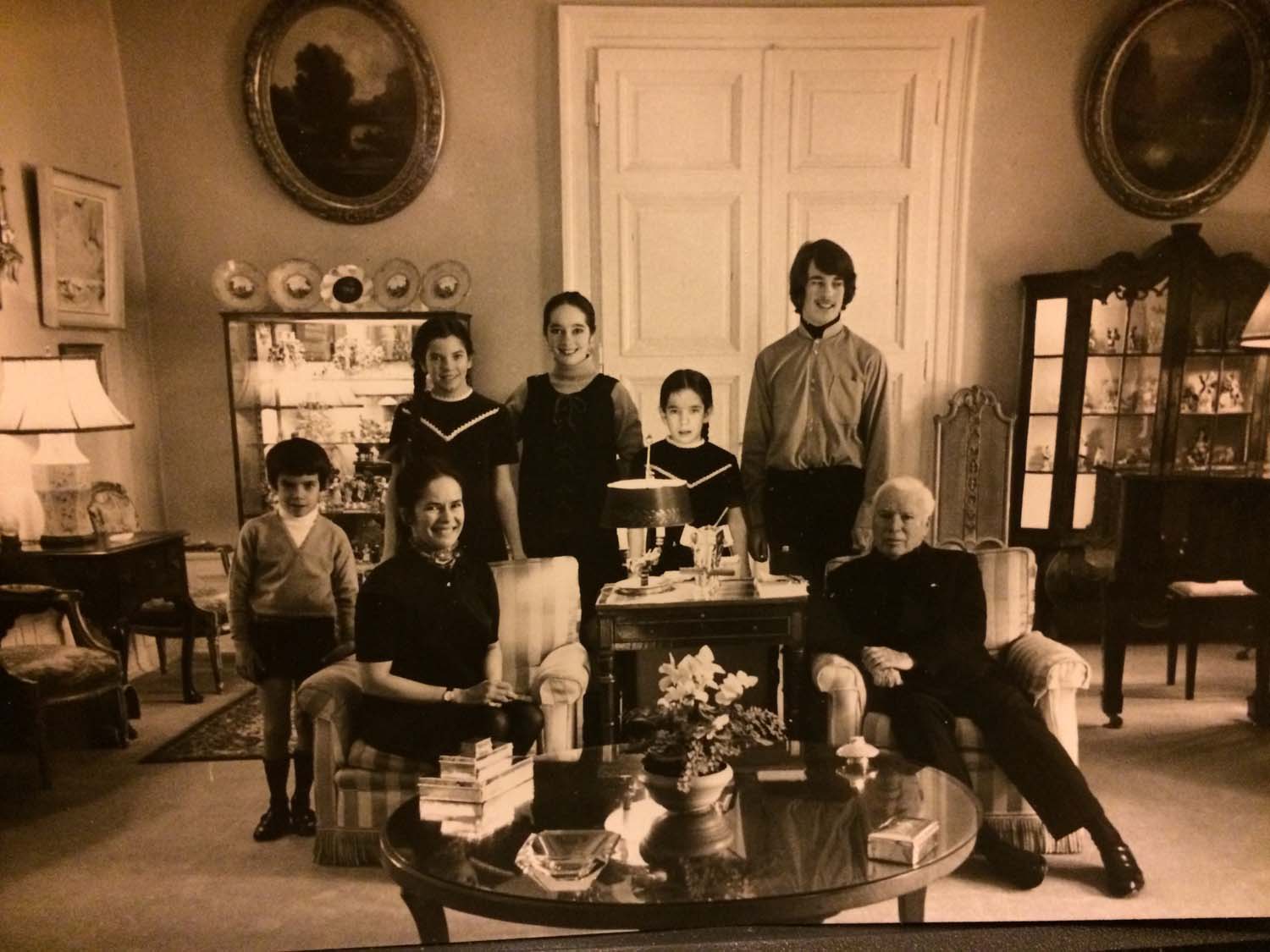 Charlie Chaplin in Waterville, his family made Waterville their second home for many years due to the friendly Hospitality offered by the Huggard family in the Butler Arms Hotel and all the local people in the Village. It was an annual event when a big car carrying the whole Chaplin family would arrive, the excitement, especially for the children of the village, meeting our friends again, it became part of life and we expected it would go on forever. When the troubles broke out in 1970 Charlie Chaplin and his family stopped coming due to fears it would spread south but today Waterville is still enjoyed by the Chaplin children and the next generations.

Today we don’t think of what it was like there was a man once regarded as the most famous people in the world in our quiet village in the south west of Ireland. He was treated like a local and he loved the atmosphere in and around the Butler Arms Hotel and became great friends with Billy and Mary Huggard and Martin and Mary Billy’s parents. Billy’s children still keep in touch with some of the Chaplin’s today it was a time of something special not because they were famous but because how quick they could fit in the local community. They tell us it was one of the happiest times in their childhood coming to Waterville each year. Billy would have the Chaplin family out Fishing, Horseriding, Swimming, and Sand Yachting, in the evenings all the residents of the Butler Arms would gather around the snooker table and play a game called “Roll the Red” and would entertain everyone and they would all get involved. Table Tennis was also a popular game for residents, so its no wonder in earlier times when Hilda, Billy’s sister moved to the Lake Hotel in Killarney in 1940, shortly after she became the table tennis champion of Killarney beating Teddy Clifford in the final in the old Muckross Hotel.

The Charlie Chaplin and his family arriving back to Waterville greeted by Mrs Huggard (Mary) her Daughter in law Mary Huggard (nee Liddycoat from Valentia and Billy’s wife) Oona Chaplin and her children and friends.

Mary Huggard, Oona Chaplin, Charlie and Josephine on Reenroe Beach. (note before the Reen Roe Hotel was built in the background)

Looks like Charlie is giving a crash course on Acting, no doubt Billy was flying down the beach on his Sand Yacht with some of the children.

Shivaun Huggard and Jane “Janie” Chaplin at Reenroe Waterville with “Puck” the Horse.

Charlie Chaplin with Billy on the sand yacht and Oona on Reenroe beach.

An army of Kids awaited the Chaplin’s arrival each year here are the Huggard’s from the Butler Arms never mind all the local children who were also friends with the Chaplin children that time in Waterville most of the families lived in the Village centre it was like one big playground for all of us.

Walt Disney with Mary Huggard at the Butler Arms in Waterville

Standing Stone Row Waterville on the Ring of Kerry